An interactive insect soundscape for the American Museum of Natural History
OVERVIEW
My team was tasked with creating an interactive soundscape for the AMNH's new insectarium. While insects make up a huge portion of most ecosystems, they're often overlooked and rarely appreciated for the many types of sounds they make. We wanted to create an interactive soundboard for users to create scientifically accurate tunes to help educate visitors about how the diversity of insect sounds.

How can we educate museum goers about how and why insects produce sounds?

With the construction of the new Insectarium at the AMNH, the curators wanted to bring attention to the many different ways and reasons insects create sound. Insects have a wide variety of sound making appendages and the sounds produced serve many functions.

We wanted to create an immersive soundscape for the whole exhibition, but also an accessible interface.

We first decided to design for the physical "totems" scattered across the hall. For legal reasons, I am unable to provide the floor plan and totem specs. Each totem features a class of insect and contains various facts. We wanted to add localized speakers and a touch screen with the soundboard loaded. The aim was to highlight the different ways and reasons insects make sounds. 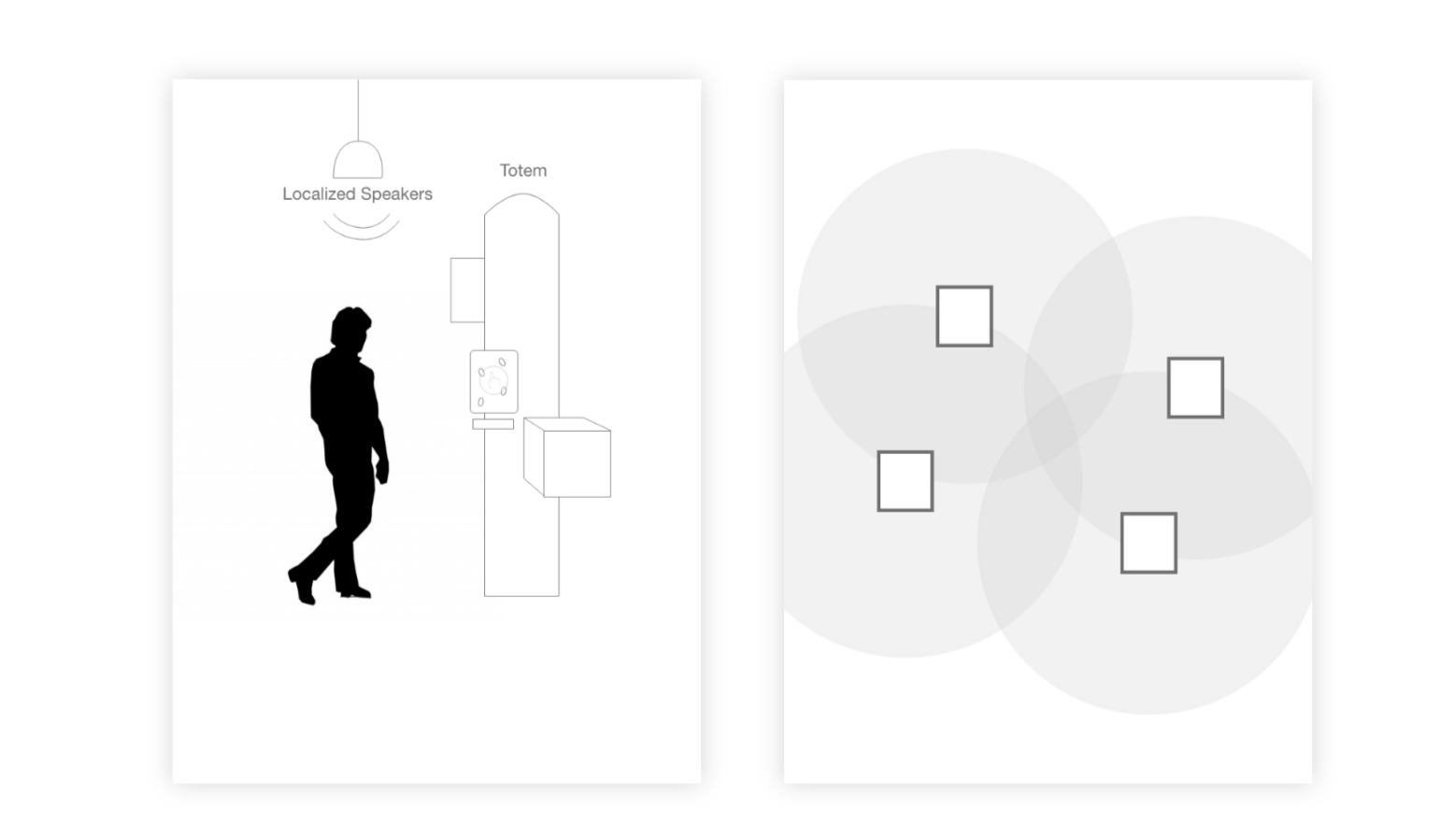 Learn about insects and the space

We began by immersing ourselves in the world of sound making insects.

In our first version, we decided to use insect population over time to vary the sound played. We grouped each "tune" by environment and selected the most abundant sound making insects. Users would then be able to manipulate the timeline to hear how the insect populations changed and how it relates to its ecosystem.

Our first interactive prototype focused on the physical component of sound making. We wanted to highlight all the different ways and reasons insects produce sounds, so we put each insect front and center. We put the a secondary fact popup on the side to give additional information.
We were inspired by classic scientific illustrations and wanted to create something like an interactive DK book. 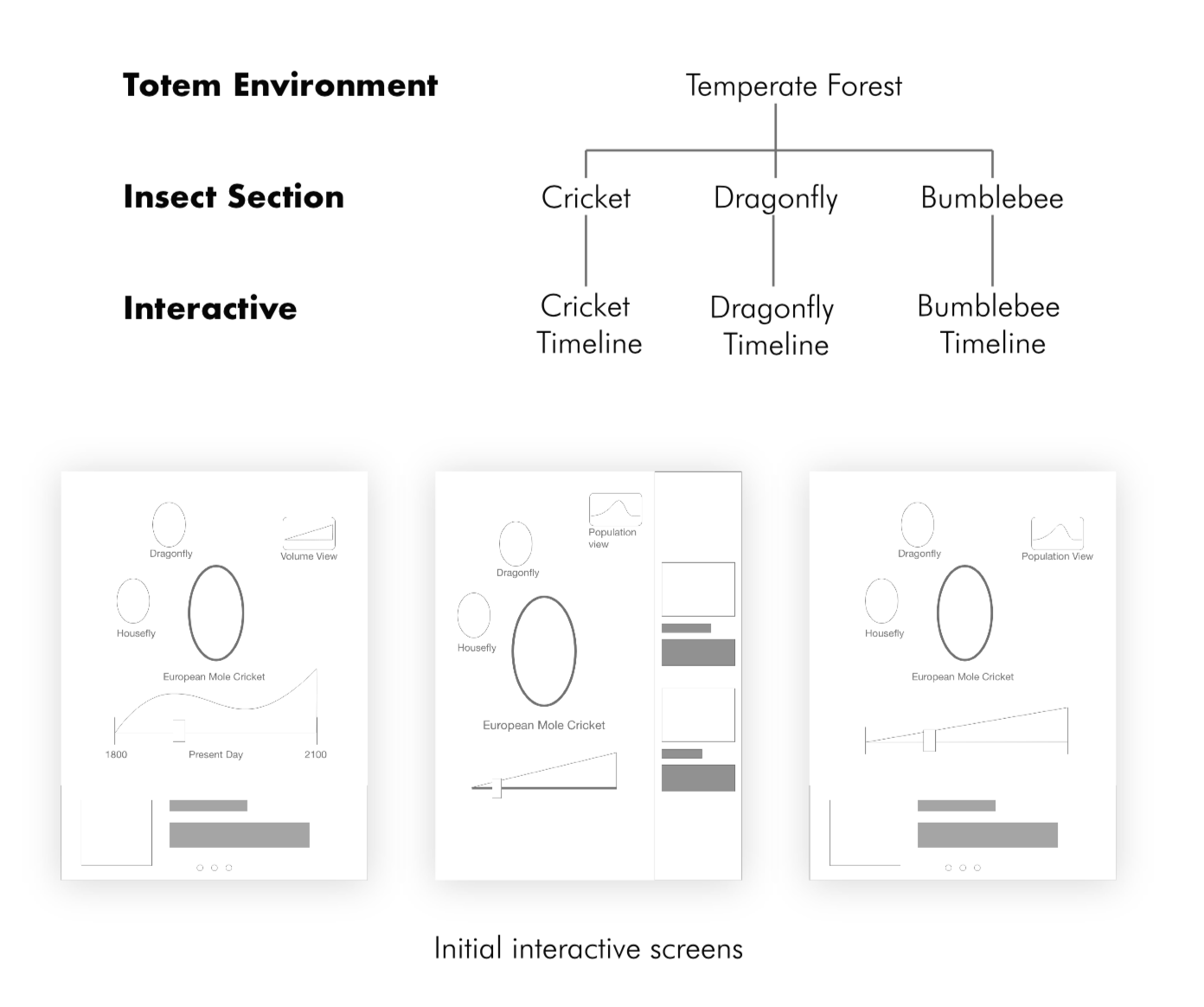 Students and professionals both exhibit this behavior, which indicates an overall desire for a personal workspace within the main document. Many surveyed users also used keywords such as "section" and "assign" to describe their work style when collaborating.

Our first interactive prototype focused on the physical component of sound making. We wanted to highlight all the different ways and reasons insects produce sounds, so we put each insect front and center. We put the a secondary fact popup on the side to give additional information.
‍
We were inspired by classic scientific illustrations and wanted to create something like an interactive DK book.

Back to the drawing board 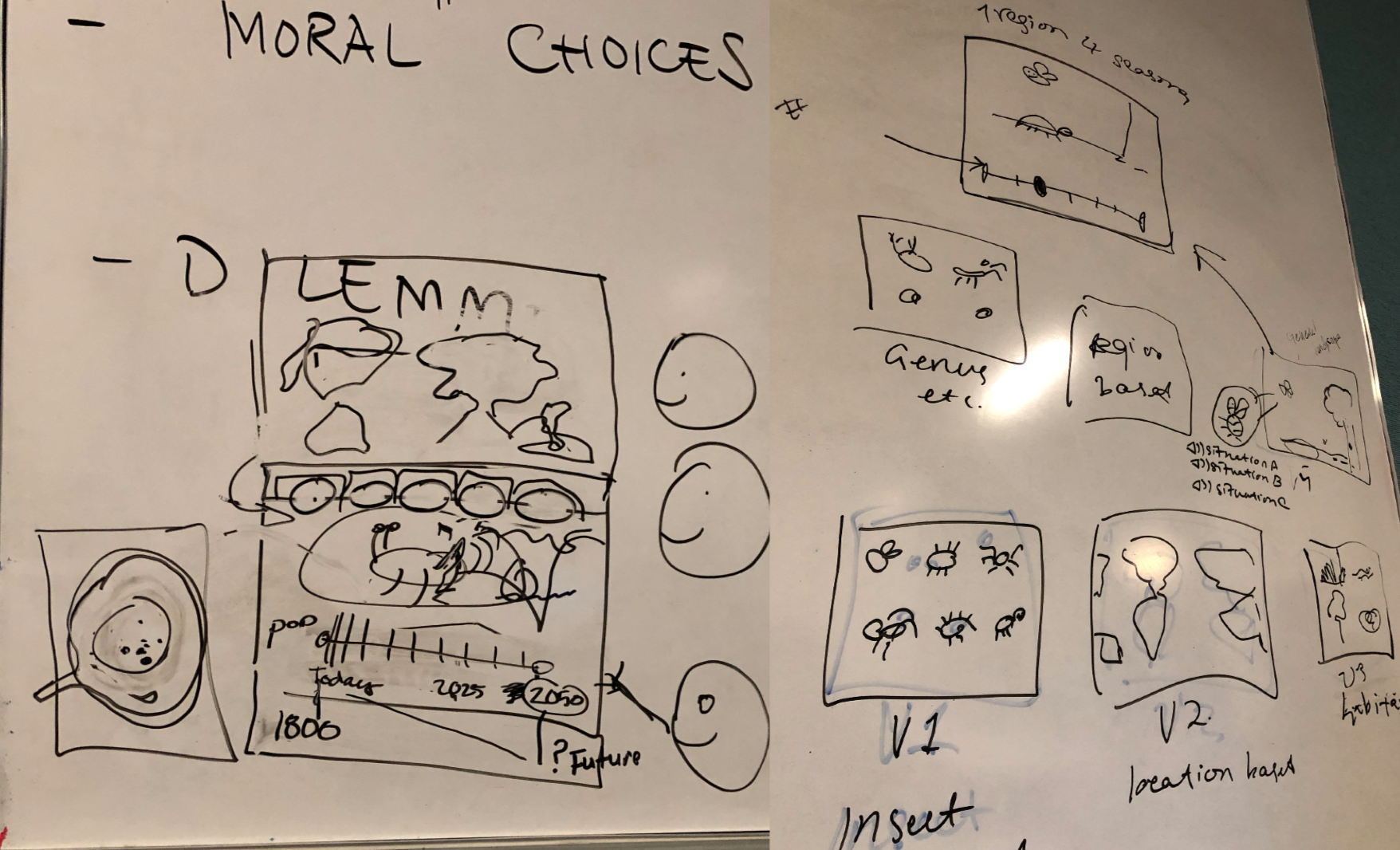 Using the new brief as a guide, we iterated several new versions of the soundboard and tested it with our classmates and some museum goers. We found that users liked being able to create their own "tunes", but found some of our simpler graphics to be too childish. We also created a separate information screen to keep our main UI free from distractions. 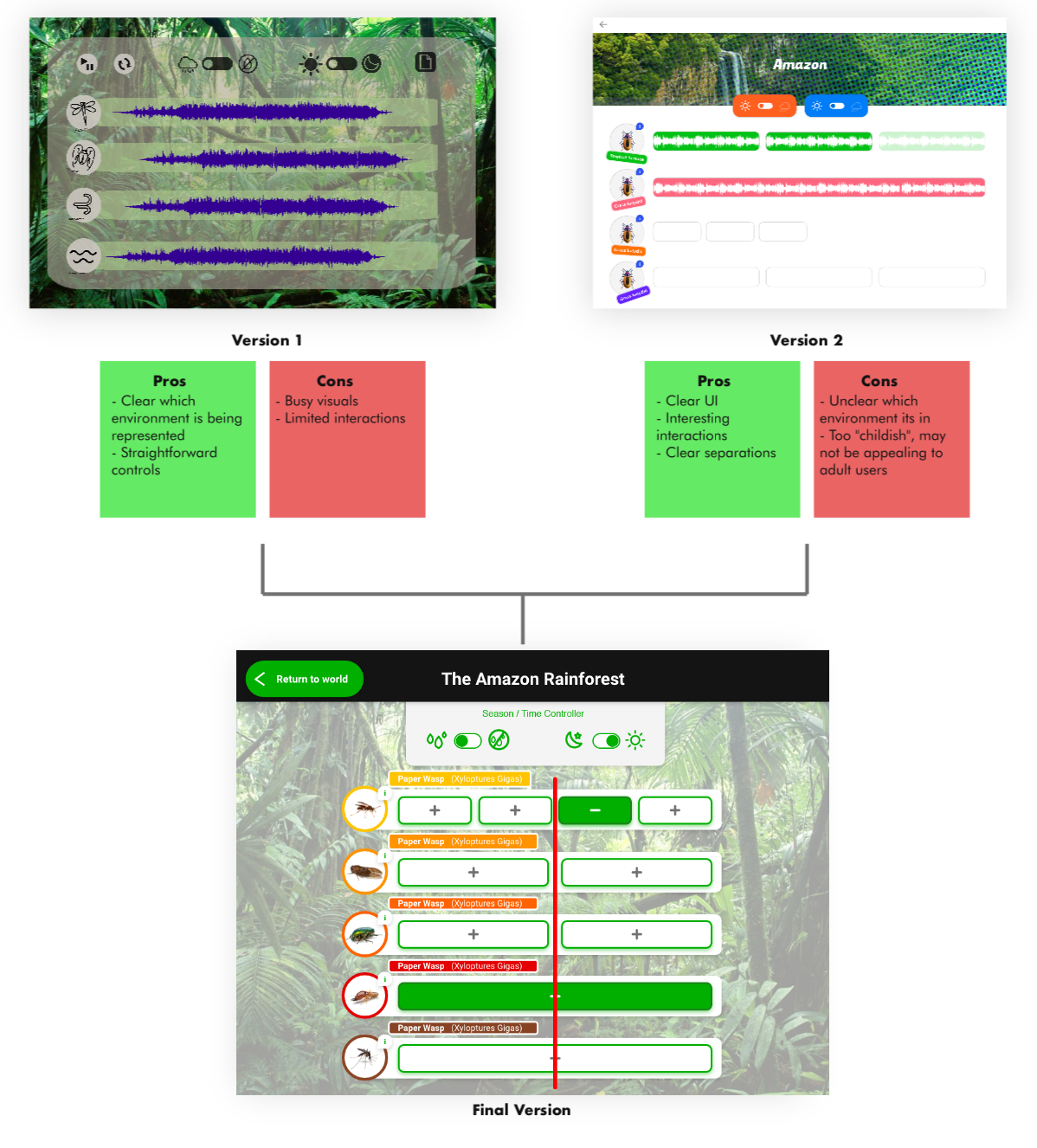 Our final product lives on an iPad, but can be scaled to fit larger touch screen displays. We used sound blocks to simplify the music making experience with simplified visual components to make it more compelling for visitors of all ages.

This was my first audio focused project and it taught me a lot about client work and designing for a wide audience. Although we faced several setbacks due to conflicting information, we managed to tease out the underlaying desire of our clients and worked towards that goal. I learned a lot about preparing for unexpected outcomes and testing for the desired reaction.